Answers to the December 2016 Crossword Puzzle: 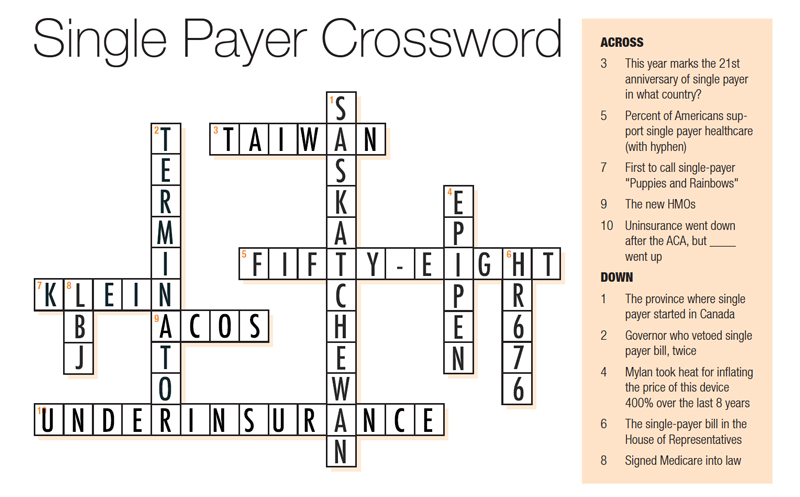 Across
3. Taiwan instituted a single-payer system in 1995. Read here about the success of their NHI!

5. According to a May 2016 Gallup poll, 58% of Americans support a “federally-funded healthcare system”.

9.  Accountable Care Organizations are not so distinct from HMOs.

10. Underinsurance refers to insurance that leaves patients with such high out-of-pocket costs or deductibles relative to their incomes that they are essentially uninsured.

1. Saskatchewan was the first province in Canada to institute a system similar to single payer.