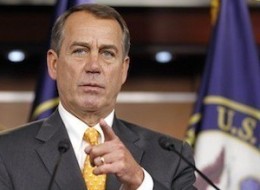 WASHINGTON — Months after they hammered Democrats for cutting Medicare, House Republicans are debating whether to relaunch their quest to privatize the health program for seniors. House Budget Committee Chairman Paul Ryan, R-Wis., is testing support for his idea to replace Medicare with a fixed payment to buy a private medical plan from a menu of coverage options.

Party leaders will determine if the so-called voucher plan will be part of the budget Republicans put forward in the spring.

“No decisions have been made on the details of our House GOP budget,” Michael Steel, a spokesman for Speaker John Boehner, R-Ohio, said Thursday. “There are a lot of ideas out there, and we’re going to listen to our members and the American people.”

Medicare was one of the most highly charged issues during last year’s congressional elections, which put the House back in GOP control. Republicans slammed Democrats for cutting Medicare by about 6 percent over 10 years to finance President Barack Obama’s health overhaul.

But replacing Medicare’s open-ended benefit with a fixed payment would cut projected spending much more deeply.

“Anyone who doesn’t think privatization will mean severe cuts to Medicare benefits, I have a bridge I’d like to sell them,” said Sen. Chuck Schumer, D-N.Y. “Privatization will make the cuts previously proposed by either party look tame.”

Republicans say it may be the only way to preserve taxpayer-funded health care for seniors in an aging society. The Congressional Budget Office reported this week that the government will borrow 40 cents of every dollar it spends this year, as the deficit hits a staggering $1.5 trillion. Over the long term, health care costs that keep growing more rapidly than the economy are the biggest challenge to the budget.

The idea of a Medicare voucher recently received bipartisan support from a debt reduction panel led by former Republican Sen. Pete Domenici of New Mexico and prominent Democratic economist Alice Rivlin, a former Federal Reserve vice chairman. Obama’s own debt commission said the idea should be considered as an option if other strategies fail to get health care costs under control.

Under Ryan’s plan, current Medicare recipients would get to stay in the program. People within 10 years of eligibility – ages 55 to 64 – would also go into Medicare. But those now 54 and under would get a fixed payment from the government when they become eligible at age 65. They would be able to use the voucher to buy a Medicare-approved private plan from a menu of coverage levels and options.

The amount of the voucher would be based on total current Medicare spending and indexed to grow year by year thereafter. But that growth would be less than the torrid pace of health care inflation now. Proponents say it would be like putting the health care system on a diet, forcing every player from drug companies to hospitals to be more efficient.

Americans are wary of the idea. An Associated Press-GfK poll last year found 51 percent opposed a voucher plan for Medicare, while 35 percent said they supported it. Opposition was strong among seniors and baby boomers. But those born after 1980 favored the approach by 47 percent to 41 percent.

House Republicans have backed Ryan’s idea before, in a 2009 budget plan supported by Boehner. It’s unclear whether they will do that now. They might save it for deficit reduction talks with Obama later in the year.

“We’ll outline our budget in the months ahead, after we see the president’s budget,” said Boehner spokesman Steel.