Stay updated on the Kennedy campaign! 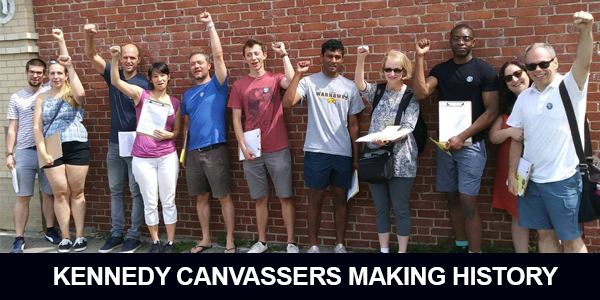 History of this Campaign

In September, we sent a cosponsorship request letter signed by several key unions and community groups in the district to Rep. Joe Kennedy’s staff. Our extraordinary list of signers included:

We then had office visits in his districts and with his D.C. staff during early October and asked for his cosponsorship in person. Turn out he needs to hear from his constituents – which is why you ran into our canvassers today! We’re generating calls all across Massachusetts’ 4th through the end of October.

Thank you for taking part in this important action! Fill out this form to stay updated on the progress of this campaign:

Keep me updated on the Kennedy Campaign!