EVENT CANCELLED DUE TO PNHP PRES. INVITATION TO SUMMIT

Thanks for all your calls to the White House!!! 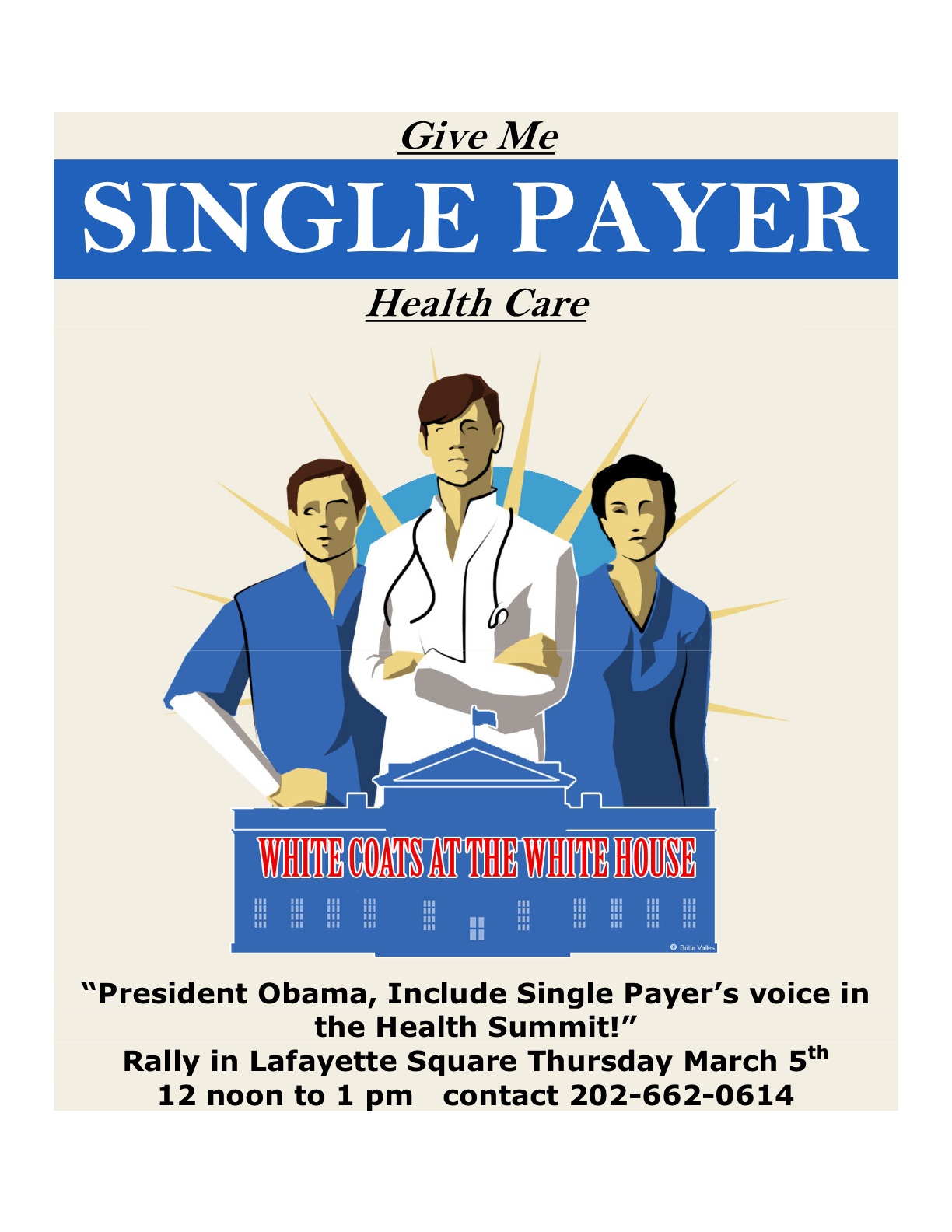 President Obama is holding a Healthcare Summit on Thursday, March 5th. Over 120 are expected to be in attendance, including representatives from Americas Health Insurance Plans, the largest group of private health insurance lobbyists.

“It appears that despite the fact that a majority of Americans and American physicians support a single payer — an improved Medicare for All — as the best solution to our nation’s health care crisis, they will have no voice at this Thursday’s summit,” said Dr. Quentin Young, national coordinator of Physicians for a National Health Program.

Single payer – which would create a health care system based on public financing of privately delivered care much like that seen in other industrialized nations – is the health reform with support from 60% of the American public (Gallup Poll, 2007)) and the majority of American physicians (Annals of Internal Medicine, 2008). Single payer would usher improved health and affordable health care to all Americans.

Single payer national health care is the only model proven to lead us out of a seemingly perpetual health care crisis. “In years past, President Obama endorsed single payer as the best solution to the crisis,” Young said. “Today it appears that this option will not even get a hearing at the summit. We believe this exclusion compromises, profoundly, the possibility of a popular, effective solution to our No. 1 domestic problem. This is a colossal blunder.”

PNHP and other activists will demonstrate on Thursday, March 5th from noon to 1:00 pm at Lafayette Square in front of the White House. If you are a health care provider bring your white coat.