By Abby Goodnough and Robert Pear for the New York Times:

Patricia Wanderlich got insurance through the Affordable Care Act this year, and with good reason: She suffered a brain hemorrhage in 2011, spending weeks in a hospital intensive care unit, and has a second, smaller aneurysm that needs monitoring.

But her new plan has a $6,000 annual deductible, meaning that Ms. Wanderlich, who works part time at a landscaping company outside Chicago, has to pay for most of her medical services up to that amount. She is skipping this year’s brain scan and hoping for the best. 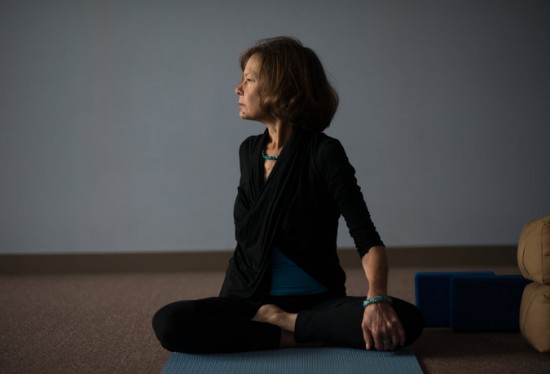 “To spend thousands of dollars just making sure it hasn’t grown?” said Ms. Wanderlich, 61. “I don’t have that money.”

About 7.3 million Americans are enrolled in private coverage through the Affordable Care Act marketplaces, and more than 80 percent qualified for federal subsidies to help with the cost of their monthly premiums. But many are still on the hook for deductibles that can top $5,000 for individuals and $10,000 for families — the trade-off, insurers say, for keeping premiums for the marketplace plans relatively low. The result is that some people — no firm data exists on how many — say they hesitate to use their new insurance because of the high out-of-pocket costs.

Insurers must cover certain preventive services, like immunizations, cholesterol checks and screening for breast and colon cancer, at no cost to the consumer if the provider is in their network. But for other services and items, like prescription drugs, marketplace customers often have to meet their deductible before insurance starts to help.

While high-deductible plans cover most of the costs of severe illnesses and lengthy hospital stays, protecting against catastrophic debt, those plans may compel people to forgo routine care that could prevent bigger, longer-term health issues, according to experts and research.

“They will cause some people to not get care they should get,” Katherine Hempstead, who directs research on health insurance coverage at the Robert Wood Johnson Foundation, said of high-deductible marketplace plans. “Unfortunately, the people who are attracted to the lower premiums tend to be the ones who are going to have the most trouble coming up with all the cost-sharing if in fact they want to use their health insurance.”

Deductibles for the most popular health plans sold through the new marketplaces are higher than those commonly found in employer-sponsored health plans, according to Margaret A. Nowak, the research director of Breakaway Policy Strategies, a health care consulting company. A survey by the Kaiser Family Foundation found that the average deductible for individual coverage in employer-sponsored plans was $1,217 this year.

Continue reading the main story
Jon R. Gabel, a health economist at NORC, a research organization affiliated with the University of Chicago, said that employer-sponsored plans had lower deductibles, in part, because they provided more generous coverage than the most popular exchange plans. The typical employer-sponsored health plan would qualify as a gold-level policy under the standards of the Affordable Care Act, Mr. Gabel said.

The website for the federal insurance marketplace serving 36 states, HealthCare.gov, strongly encourages consumers to focus on premiums: When consumers search for a plan online, the results are ranked by premium price, with plans offering the lowest premiums listed first.

But insurance plans with lower premiums generally have higher deductibles. Gina Brown, 37, of Nashville, was paying about $155 a month for a Blue Cross Blue Shield of Tennessee plan, after taking account of her subsidy. But her deductible was $4,000, she said, and so she avoided going to the doctor even when she got an ear infection over the summer.

“I attempted to treat it with over-the-counter and homeopathic meds,” she said. “Eventually it went away.”

Ms. Brown recently got a job with health benefits, so she canceled the marketplace plan. Her new insurance has a deductible of $1,000, but primary care visits and prescriptions are not subject to the deductible.

“Now that I know I can go and safely just pay a co-pay,” she said, “it makes me feel better.”

Mark Yuschak, 57, of Jackson, N.J., said he had a silver plan with an annual deductible of $3,000. He discovered its limits in March.

“My wife had an incident, a digestive disorder, and we had to go to the emergency room of a hospital in Freehold, N.J.,” Mr. Yuschak said. “We presented our insurance card and filled out all the forms. They told us, ‘You don’t have a co-payment, you’re free to go.’ ”

Later, though, they received a bill “that could choke a horse,” Mr. Yuschak said — for more than $1,000. “Our insurance wouldn’t cover any of it because we had not met our deductible.”

Carol Payne, a respiratory therapist in Gilbert, Ariz., signed up through HealthCare.gov for a Blue Cross Blue Shield plan with a $6,000 deductible. She pays $91 toward her monthly premium and gets a subsidy of $353 to cover the rest.

The plans she could have chosen with lower deductibles were from insurers that “were not as reputable,” Ms. Payne said. She has used the insurance for preventive care and an emergency room visit after a car accident.

People with low incomes may qualify for subsidies that reduce their deductibles, co-payments and other out-of-pocket costs. The assistance is available to people with incomes from 100 percent to 250 percent of the poverty level (from $23,550 to $58,875 for a family of four), but only if they choose a silver plan.

Consumers also benefit from a provision of the Affordable Care Act that limits out-of-pocket costs, which include deductibles. The limit this year is $6,350 for an individual and $12,700 for a family plan. But in general, the limits apply only to care provided by doctors and hospitals in a plan’s network and do not cap charges for out-of-network care.

Dr. Rebecca Love, of Moab, Utah, is well on her way to passing that limit. Dr. Love, 63, who has degenerative arthritis and a host of other health problems, pays $422 a month in premiums for a plan that has a deductible of $6,000. But she has already paid more than $6,000 in medical costs this year that did not count toward her deductible because the doctors and hospitals — more than 100 miles away in Grand Junction, Colo. — were not in her network.

To see certain specialists in her network, Dr. Love said, she would have had to travel to Salt Lake City, which is much farther away and requires driving through a treacherous mountain pass.

“Medical care costs too much and health insurance as it stands doesn’t address this,” she said. “What have we become?”

Ms. Wanderlich, who had suffered the brain hemorrhage, was even avoiding preventive care until last month, when she had to get a prescription renewed and her doctor’s office required her to be seen first. Grudgingly, she went for an annual physical exam on Sept. 12. She was relieved to learn that she owed only $30 for the visit; the provider billed her insurer more than $1,200.

When the next open enrollment period begins on Nov. 15, Ms. Wanderlich said, she will probably switch to a plan with a narrower network of doctors and a smaller deductible. It will probably mean losing her specialists, she said, but at this point she is resigned.

“A $6,000 deductible — that’s just staggering,” she said. “I never thought I’d say this, but how many minutes until I get Medicare?”