Bernie Sanders’s single payer plan was met with derision from policy writers Paul Krugman and Voxer Ezra Klein. Their criticisms venture even further than the Sanders’s plan, speculating on whether a single payer system is preferable at all.

Sanders has offered a puppies-and-rainbows approach to single-payer…this is what Republicans fear liberals truly believe: that they can deliver expansive, unlimited benefits to the vast majority of Americans by stacking increasingly implausible, and economically harmful, taxes on the rich. (Ezra Klein)

Paul Krugman joined in on the fear mongering in his weekly column, even adopting Klein’s puppies-and-rainbows line.

Perhaps Krugman needs a refresher on metaphors; single payer, like puppies and rainbows, is real – and can be found all over the world! And unlike the U.S, which spends nearly 18% of GDP on healthcare, these chimerical single-payer economies cover everyone for 12% or less – a true testament to the power of puppies and rainbows.

Here’s our simple answer to anyone who thinks single payer is “impossible”: 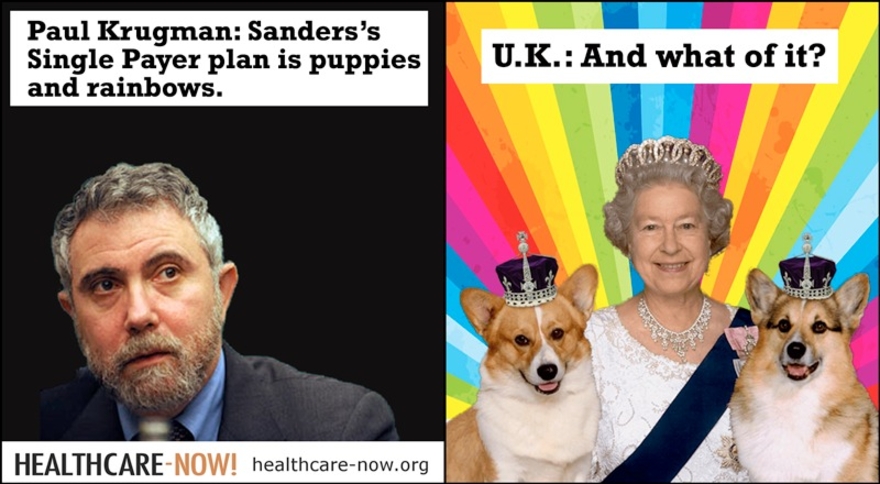 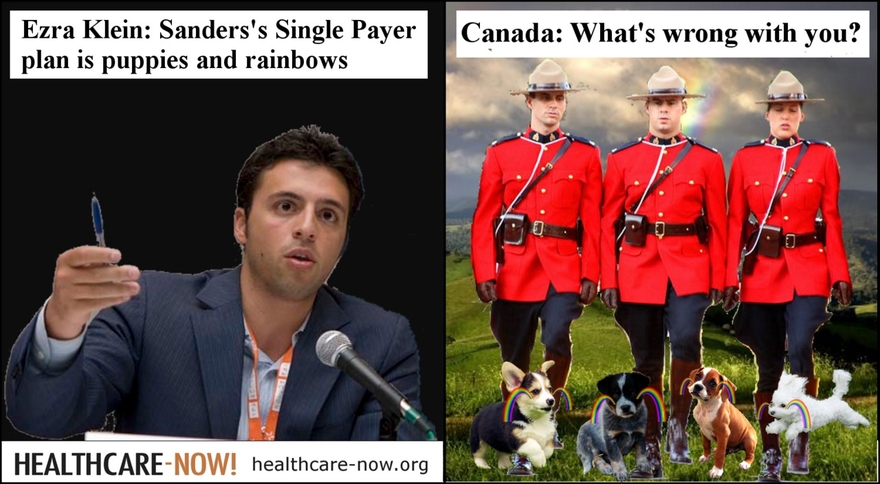