58% of Americans would repeal and replace the ACA with “a federally funded healthcare program providing insurance for all Americans“, according to a new poll released today by Gallup. 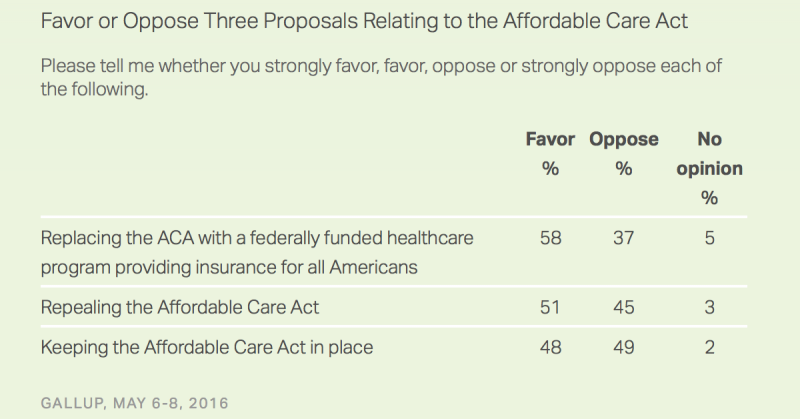 The most interesting finding concerned Republican support for single payer: 41% of Republican and Republican-leaning respondents supported the move to replace the ACA with a single payer plan. 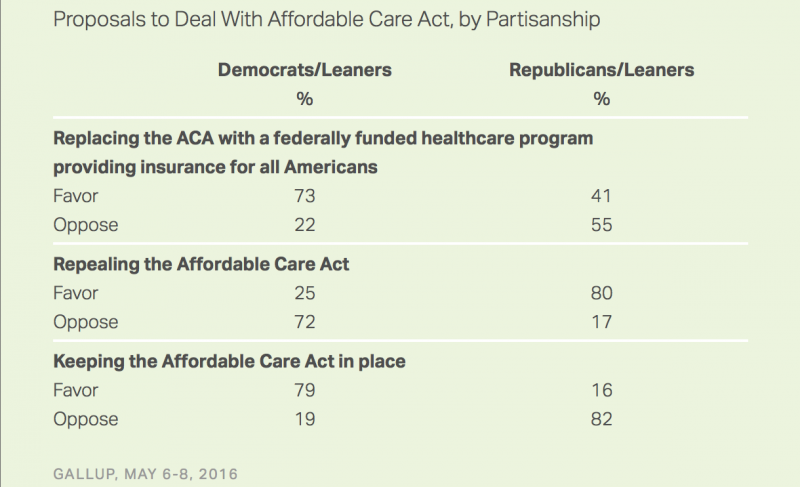 A Kaiser poll conducted last December found a very similar result: 58% of Americans supported the idea of a national, “Medicare for all” plan, whereas only 40% viewed the ACA favorably.

While the mainstream media has done its best to try to undermine single payer – just this week, the Washington Post published 4 separate stories on the Urban Institute’s damaging analysis of Bernie Sanders’s healthcare proposal – this new round of polling shows that support for single payer has fully weathered the election season onslaught.

Tell us what you think!