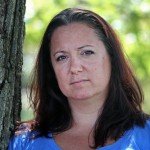 It got to the point where it was bread or milk for my family or my cancer meds.

From the Boston Globe –

Architects of the pioneering 2006 Massachusetts health law, which required most residents to have insurance, expected it would reduce families’ medical debt. But the most recent data suggest the scope of medical debt has remained largely unchanged.

Temporary lapses in insurance coverage and increasingly common plans with high deductibles and copayments have contributed to medical debt, leaving some people struggling to pay bills for hospitals, doctors, and ambulance companies. Rising health costs and the recession also probably played a role.

Although the law has failed to cut medical debt, some analysts say it may have prevented an increase in Massachusetts.

Of more than 3,000 Massachusetts adults surveyed in fall 2010 — the most recent survey data available — 17.5 percent reported having problems paying medical bills in the previous year. Twenty percent said they were carrying medical debt and paying it over time. Those figures changed slightly from 2006, but researchers said the difference was not statistically significant. The figures are from a report released earlier this year by the Blue Cross Blue Shield of Massachusetts Foundation.

Consumer advocates say the state’s experience points to the need for even stronger patient protections if the national law, the Affordable Care Act, is going to reduce burdensome health debt, as intended.

“The 2006 law didn’t eliminate medical debt by a long shot,” said Matt Selig, executive director of Health Law Advocates in Boston, whose office has worked in recent years with hundreds of Massachusetts residents with medical debt. “It’s an underappreciated problem.”

Among his office’s clients is Amy Torro, a 39-year-old mother of two. After a double mastectomy, surgical complications, and rounds of radiation, doctors have told Torro that her body is clear of the cancer she discovered in December 2008 as a lump in her breast.

Torro has had insurance coverage throughout her treatment. Local foundations and a fund-raiser covered some bills. But deductibles and copayments for visits to specialists and prescription drugs have outpaced her ability to pay, leaving Torro with at least $1,800 in outstanding hospital bills and daily calls from collection agencies.

“It got to the point where it was bread or milk for my family or my cancer meds,” she said. An attorney in Selig’s office is working to negotiate a payment plan with Winchester Hospital, where she was treated.