Report Back from Healthcare NOW!’s Strategy Conference in Philadelphia on November 13 and 14, 2010 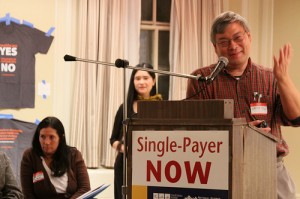 Healthcare NOW! represents a broad constituency of people engaged in the struggle to win guaranteed health care for all people with no financial or other barriers. Participants at the conference included social workers, nurses, doctors, patients, the insured, uninsured, and underinsured, people of faith, and medical professionals –folks on the front lines of the healthcare crisis – who are working at both the state and national level to win single-payer payer health care. 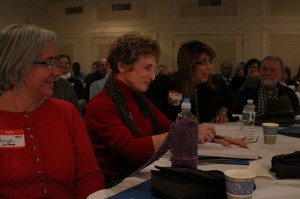 Launched in 2004 by founder and visionary Marilyn Clement, Healthcare-NOW! has grown to 54,000 supporters nationwide. With the continued passion of the grassroots movement as on display in Philadelphia, we will continue to grow and win.

The agenda was packed with plenary panels focusing on the new health law and its failure to solve the health and economic crisis, the recent PASNAP strike in Philadelphia, organizing in communities of faith, the history of fighting for universal health care, as well as workshops on the Win-Win Campaign for Healthy Cities, Health Care is a Human Right, Outreach and Base Building, Speaker Trainings, Technical Support, and State Strategies.

Facilitators were tasked with reaching consensus on recommendations from each break out group so that several refined recommendations were made to the larger group. It is a great achievement to capture the energy and ideas in the movement for the way forward to make health care a right for all. The recommendations from break-out groups are summarized here.

This past weekend represented a success for democracy, grassroots organizing, and the renewed commitment that winning the right to health care in this country is both necessary and possible. 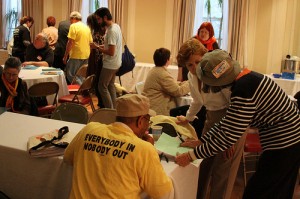 Special thanks to all of the leaders of the workshops, panels, break out groups, and program sponsors featured in the conference program book.

Every attendee received a packet containing new resources including information on how to affiliate with Healthcare NOW! and receive tech support, the new OUTREACH GUIDE, and the NEW IMPROVED MEDICARE FOR ALL BOOKLET (coming soon).

Comments are welcome on the revised booklet as we work to develop useful resources for activists. We welcome you to download and distribute or contact info@healthcare-now.org to order more.

Couldn’t make the conference? You can watch each of the plenaries and panels online.

Yours in the struggle,