Last week, the Arizona Supreme Court announced that it will not be taking action to stop planned Medicaid cuts or an enrollment freeze.

By Zaid Jilani for ThinkProgress –

Since last year, low-income Arizonans have been feeling the impact of a series of brutal Medicaid cuts that officials predict will kick at least 135,000 people off the state’s health care rolls by next year. Now, thanks to these cuts, a Yuma man may be unable to afford a heart surgery he needs to survive. 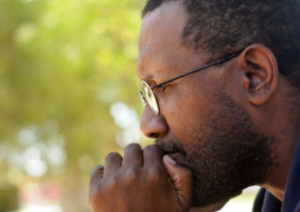 Steven Stephenson recently quit his job over health issues. While he was working, his income fell under the federal poverty limit, and he would have been covered by the state’s Medicaid system, the Arizona Health Care Cost Containment System (AHCCCS). Yet when he quit his job, he enrolled in Social Security. His income actually increased thanks to this, and while he would have been still covered under AHCCCS just a few years ago, the new cuts actually will make it impossible for him to enroll.

Why? Because thanks to his Social Security payments, he earns $12 too much to apply. Due to his medical condition, he has been ordered by his doctor to not work, and he desperately needs surgery:

Stephenson said he cannot work anymore based on doctor’s orders and has been told not to do anything to avoid stressing himself out. This is a problem for Stephenson. “I love working. I can’t sit around and do nothing,” Stephenson said, evidently frustrated with his situation. […]Stephenson did not have heart problems until he reached his 40s. While he has not had a heart attack, both of his parents died from one. “It’s what you inherit from your parents. Too bad it wasn’t good looks, I’d be better off,” Stephenson said with a laugh. […]

[Stephenson’s best friend] Weissman said he plans to organize a series of fundraisers in the community to help his best friend out with his medical bills and to get the heart surgery under way. “You know how somebody passes away and all of a sudden they hold carwashes to help bury them … Well, I’m going to do fundraisers to keep mine alive,” Weissman said.

Last week, the Arizona Supreme Court announced that it will not be taking action to stop planned Medicaid cuts or an enrollment freeze; activists had hoped their lawsuit would compel the state to reverse some of its harsher cuts, much like the Washington state supreme court reversed some cuts in that state. While Stephenson’s situation is a direct result of Arizona choosing to cut its Medicaid program, it bears repeating that the United States is the only rich country that does not provide comprehensive universal health care coverage to all of its citizens. In no other wealthy country would a man be told he can’t afford a life-saving surgery.